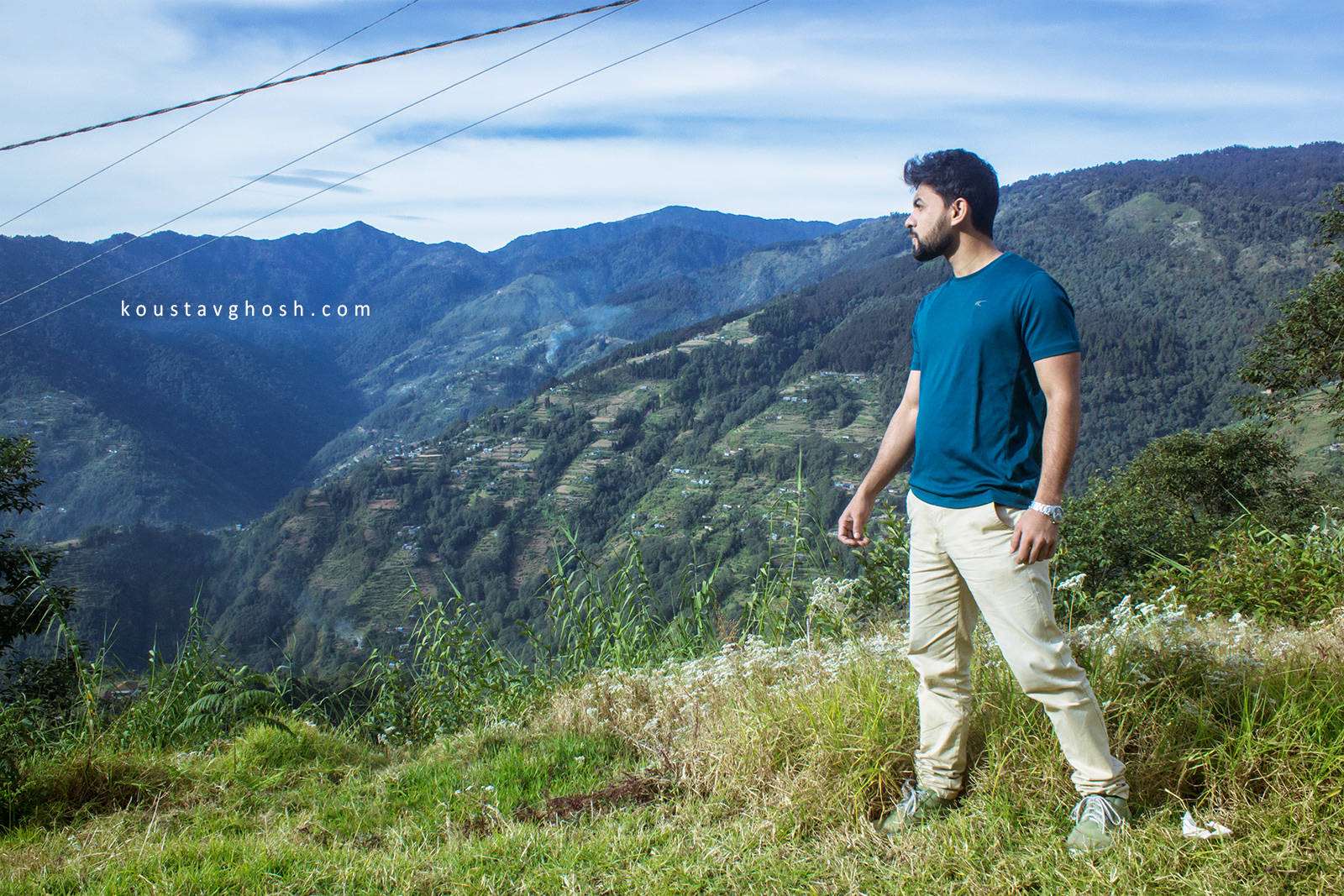 A snow capped mountain range came into my sight as I looked outside the car window. “Is it The Kanchenjungha range?” I asked with joy to the person sitting next to me. The person smiled and nodded yes. His confirmation made my smile broader. I didn’t expect to see The Kanchenjungha range from Siliguri. It was a pleasant surprise for me. This was my second solo trip. I reached Siliguri at around 7 AM in the morning after an overnight journey in an AC Volvo bus. It took me around 12 hours to reach Siliguri. I had a plan to visit Barsey, a small village in the West Sikkim, situated at an altitude of 10,000 feet. It was in the month of November. However I didn’t feel very cold. I was feeling comfortable in a tee shirt only. I had taken a shared cab to Jorethang from where I would have to take another cab for Okhrey. Jorethang is the main transport hub for West Sikkim.

There were twelve people inside the cab, four persons in each row including the driver. I was sitting on the second seat in the middle row. I was the only traveler in that cab. Rest of the passengers were local people, few of them are going for work or returning home. The roads soon attained a hilly terrain. As the cab went uphill the winding roads, from one mountain to another, I could see that the shape of the trees were changing. I fell asleep and woke up hearing a knock on the window glass. As I opened my eyes, I saw a police was knocking on the window. I realized that we have arrived at the Sikkim check post at Mali. We were asked to produce our original identity cards, preferably voter or Aadhar card, by the Police to get the permit to enter Sikkim. I had both of them. After getting our permit, we moved on. We reached Jorethang at around 12 PM. I was hungry and little tired. I found a restaurant and ordered Chicken Thukpa. After finishing my meal, I went to the transport hub and booked a ticket for a shared cab for Okhrey. 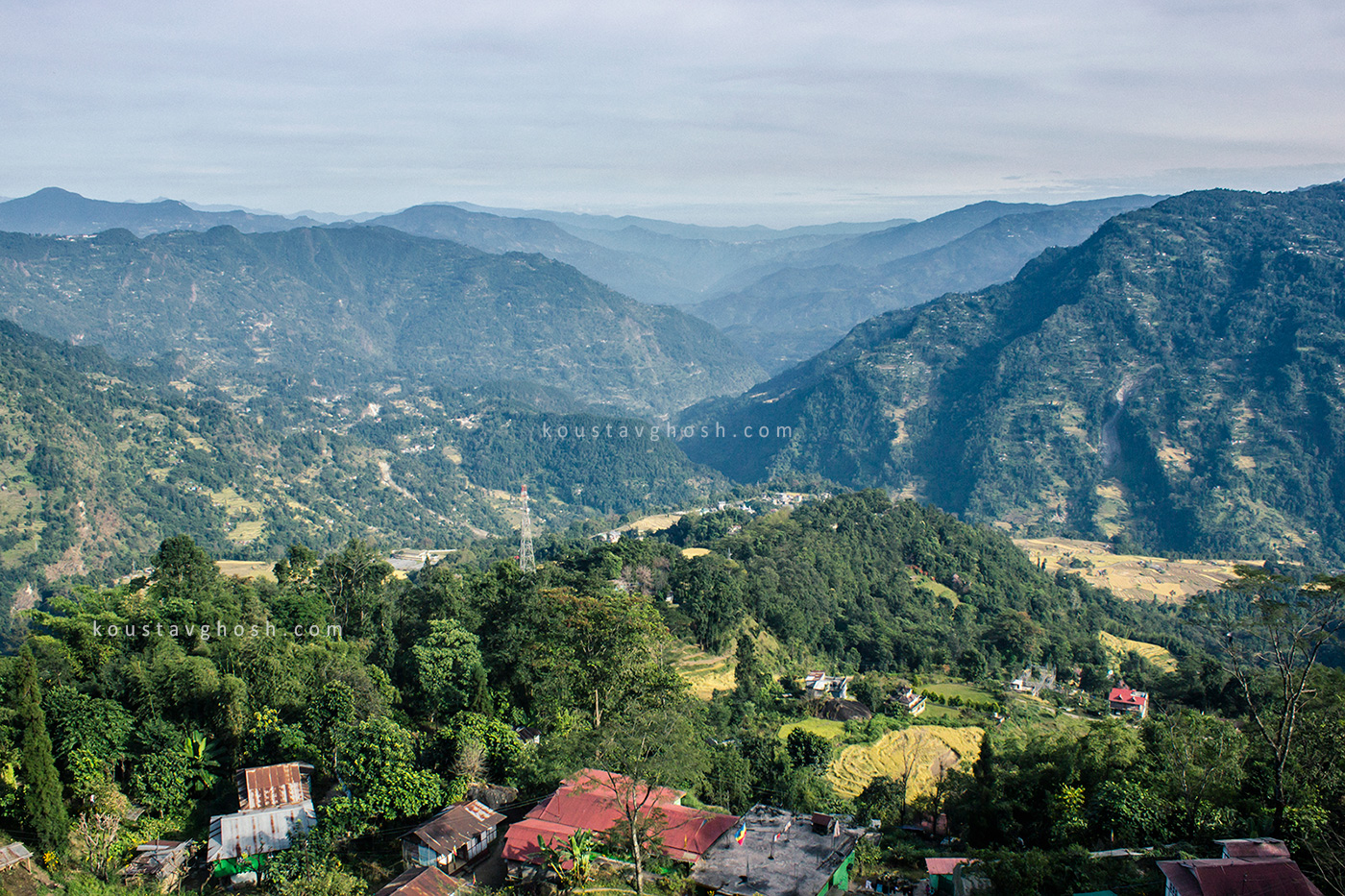 As the cab went uphill the winding roads, from one mountain to another, I could see that the shape of the trees were changing.

I put my luggage in the cab and boarded it. This time I got the window seat in the last row. I put on my sweat shirt as I could feel a drop in the temperature at Jorethang. As the cab got filled up with all the twelve passengers, the driver started the engine. I was excited for my second solo trip.

It was a sudden plan. I planned to travel with few of my friends, but none of them could manage time. I thought of travelling alone again. I searched in the internet about some places in Sikkim to visit for a solo trip. I found Barsey to be a suitable destination for me. I found few phone numbers on the internet and rang them up. I booked a room in a homestay in Barsey. I took three days off from my work and coupled with the weekend I could easily plan a five day trip. I called up the home stay owner of Barsey and asked him how to reach there. I came to know that Hiley is the last motorable place. From there I have to trek about 5 km to reach Barsey through the Rhododendron Sanctuary. He also informed me that as I was travelling alone, it would be difficult for me to reach Barsey on the very same day. He suggested me to stay over at Okhrey for one night and put me in touch with a person who managed his home stay at Okhrey.

Finally I reached to the top and found a small monastery on the hill.

That’s how I reached this winding under construction road which had made my organs swap places from the jerking. I was almost jumping and dancing inside the cab, so are the organs inside me. After reaching Sombaria we got to see pitch road. Finally around 3 PM I reached my destination with back pain and dust all over my clothes.

Upon my arrival I was served with a cup of hot black ginger tea. It felt so good to sip it slowly enjoying the flavor and the warmth of the tea. The lunch they served had roti, egg curry, fries and papad on the menu. After gulping down my lunch, I quickly kept my luggage in the room and rushed out with my camera to enjoy the serene mountains. It was late afternoon. The sun had begun to set in the west. The sky was gradually changing it’s colour. At first it was blue with a hint of yellow. Then it turned into orange with a mix of yellow. Finally it turned into red after the sun set. 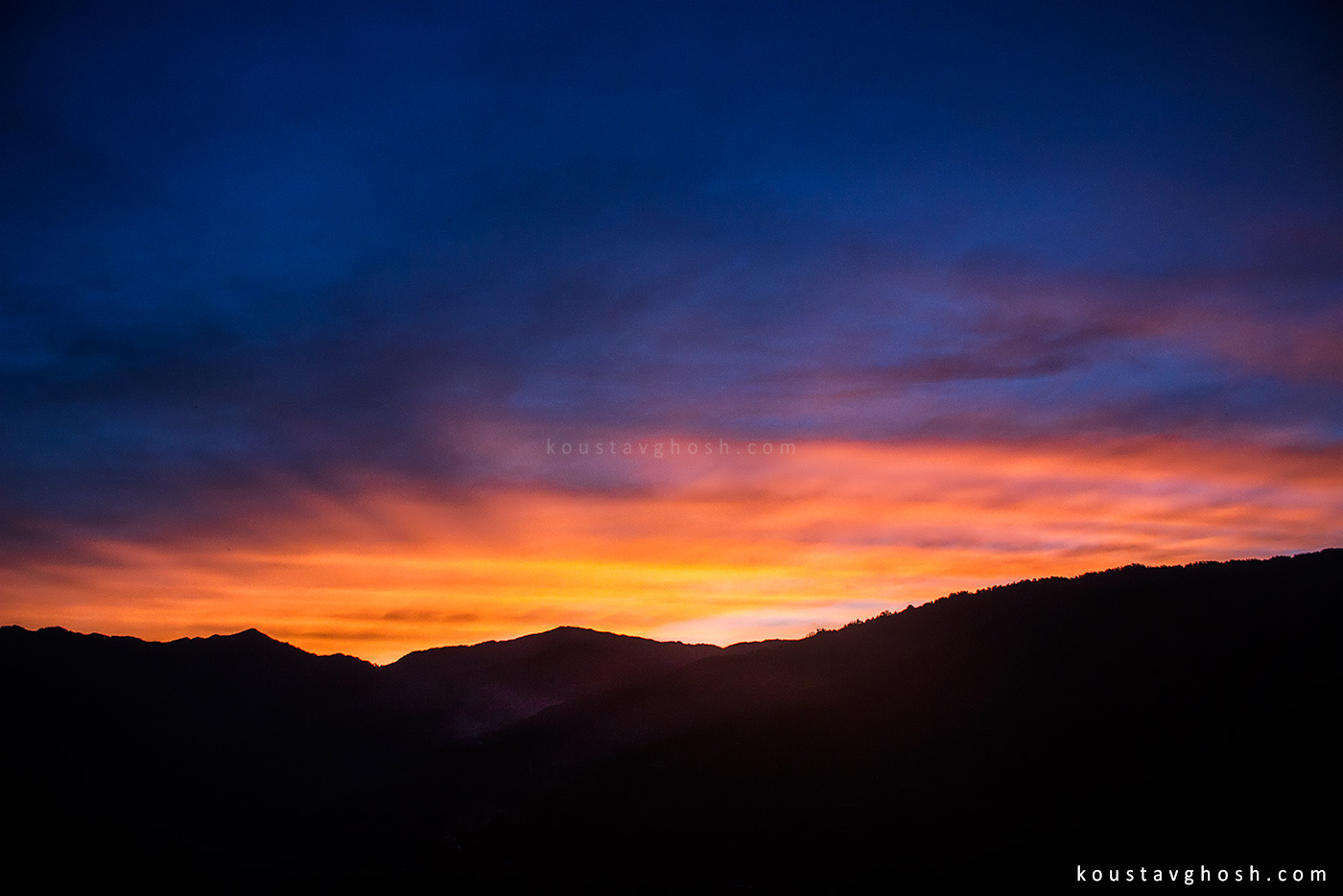 The sun had begun to set in the west.

As soon as the sun set, the temperature dropped by few degrees. I was wearing a jacket, even then I could feel my naked hands freezing. I decided to head back to my room. Nights are always long in the mountains. This time I carried a book named “The Old Man And The Sea” by Earnest Hemingway and decided to finish it during my trip. Talking about telephone network, I found Jio to be working till Jorethang. At Okhrey I found signals for both Airtel and Vodafone. While finishing my dinner I was having a discussion with the owner of the home stay, known as Bandhu Sherpa. He was little surprised to see me travelling alone here. Also he told me how the tourism business got affected due the political unrest which took place in the North Bengal. 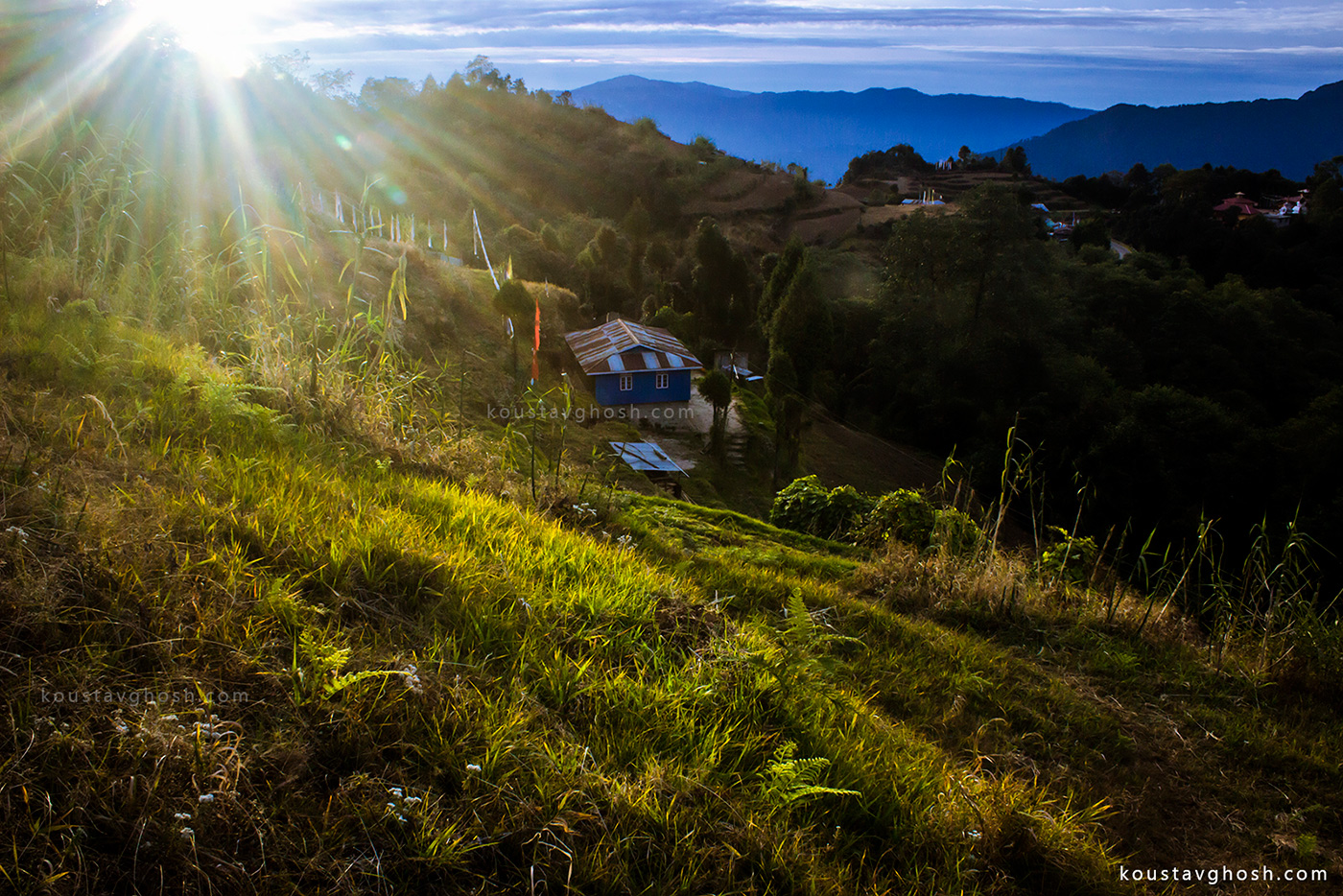 The sky was beginning to change its colour.

Next morning I woke up early to see the sun rise. It was cold outside. I put on my jacket, took my camera and went outside. I thought of hiking up the hills to get a clear view of the entire valley and a good spot to see the sunrise. It was 5:30 AM in the morning and it was little dark. I left the pitch road and took a short cut route along the hills. The path was covered with bushes and pebbles. I continued to climb uphill. Soon I started panting. The sky was beginning to change its colour. The eastern side of the sky was turning into red and orange. I started walking fast but it was difficult to do so. Also my sneakers made the climb even more difficult. Finally I reached to the top and found a small monastery on the hill. It was established in the year of 1921. I took couple of photographs there. An old lady took me around the monastery. Her dog was very playful and full of joy. The puppy was so happy and excited to see me, he started jumping around me, hugging me and leaving my jacket all dirty and muddy. When I tried to click his photograph, he jumped upon my camera. I said goodbye to them and came downhill to my room. I finished my breakfast and had another cup of tea. I packed my bag and left for Hiley in a reserved cab. 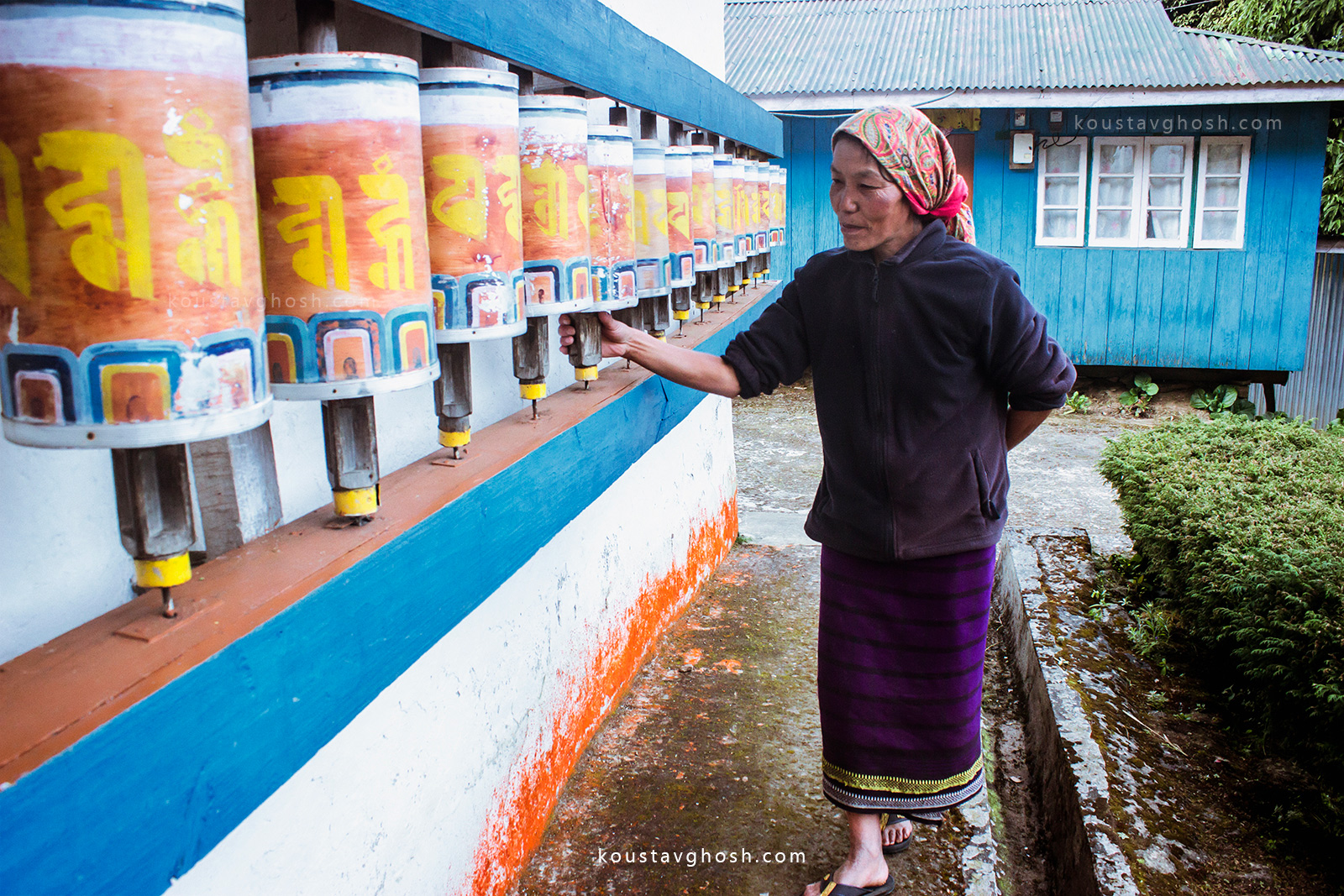 An old lady took me around the monastery. 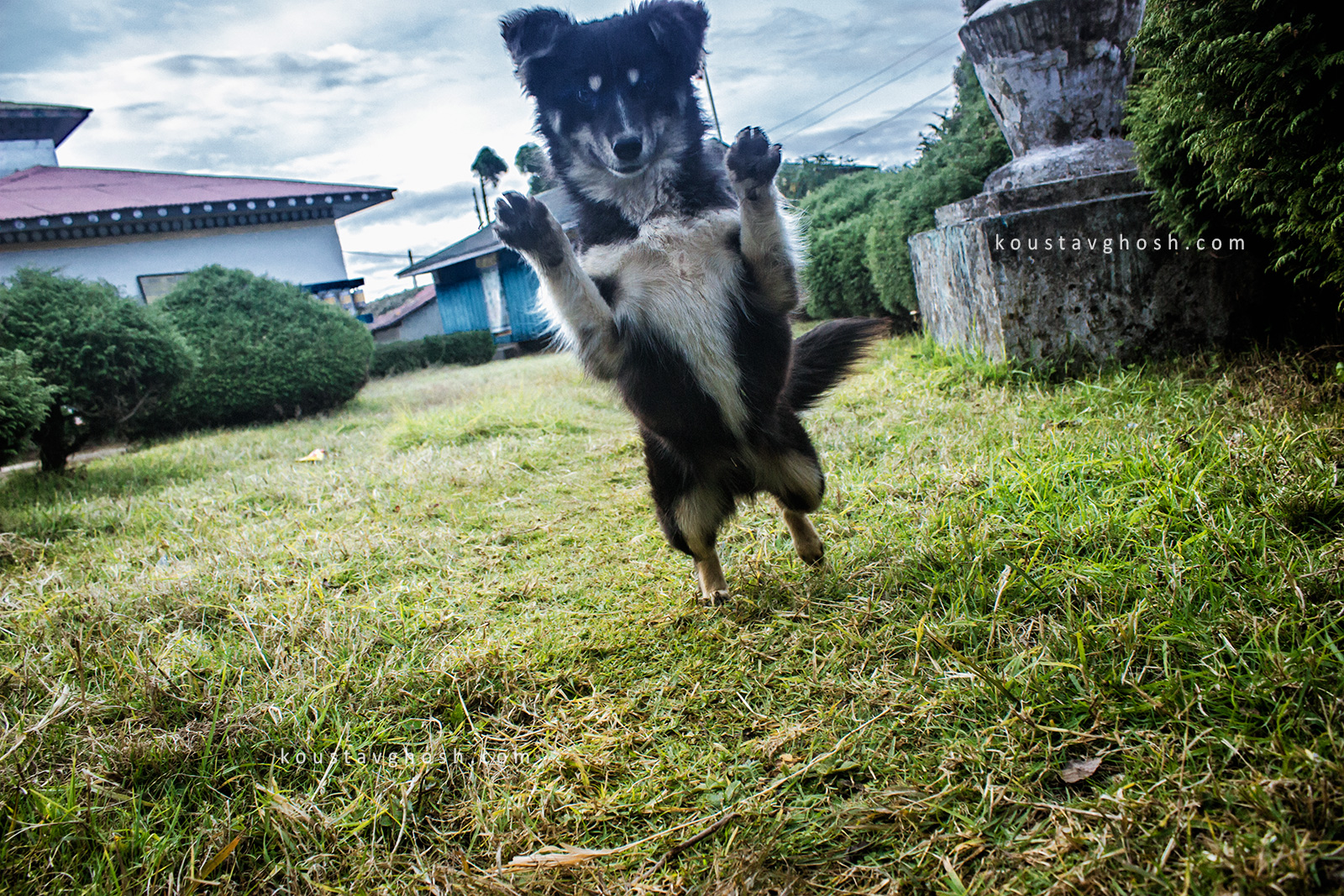 When I tried to click his photograph, he jumped upon my camera.

Till Okhrey you can travel in the shared cab. From Okhrey you have to reserve car to go anywhere else. Before leaving Okhrey, Bandhu took me to another monastery. After spending some time there, we left for Hiley. The road to Hiley was beautiful, full of unknown trees and sounds of unknown birds. I was happy I was the only tourist in the cab and I felt happy about it because I had no problem interacting with the locals. In fact I was impressed by their hospitality and warmth. I was excited for the upcoming trek. I looked outside at the snow-capped mountain peaks and I couldn’t help but smile like a child. Before leaving Okhrey, Bandhu took me to another monastery. 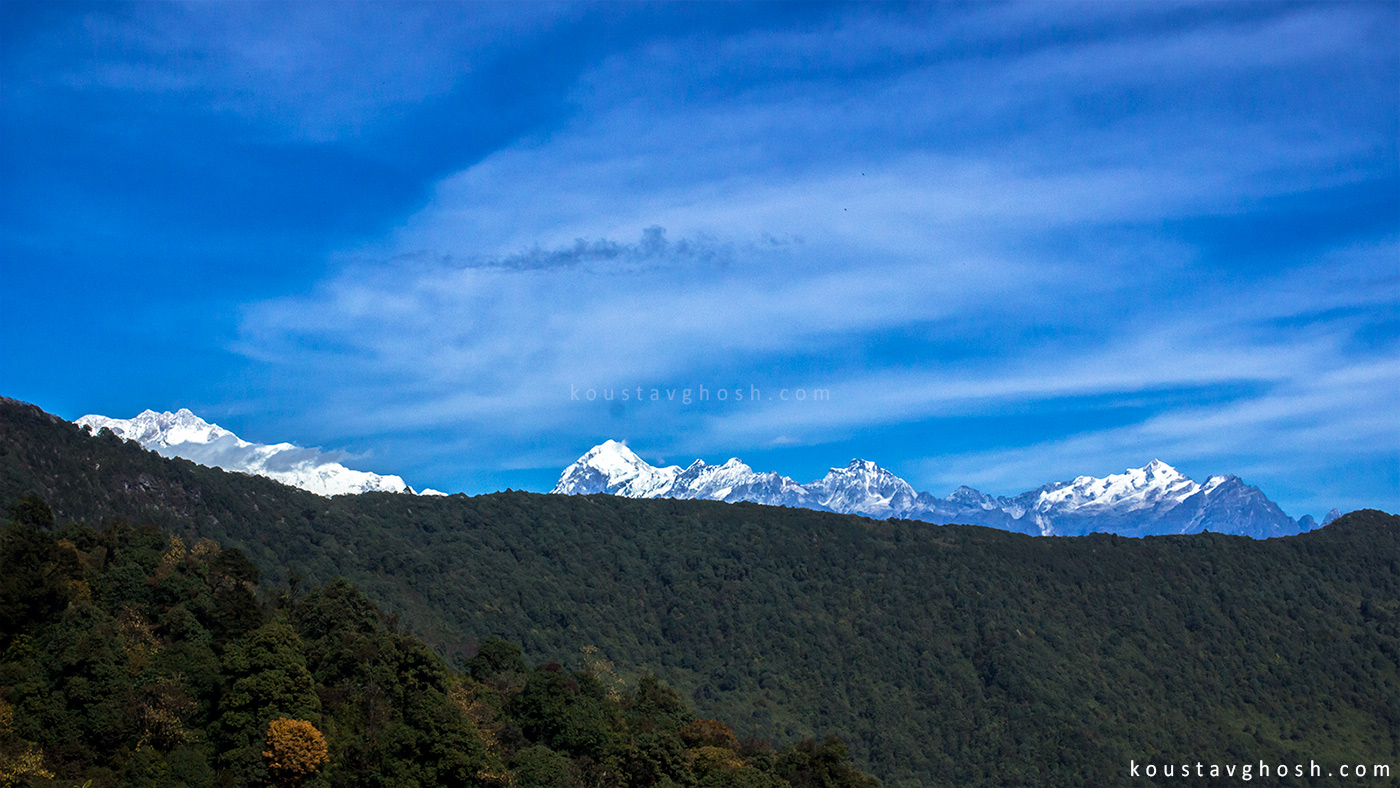 I looked outside at the snow-capped mountain peaks and I couldn’t help but smile like a child.

To be continued… (Barsey Trekking Experience)